Tanya was a part of Elvis Presley big show called “68 Come Back Special” aired on December 3, 1968 on the NBC television network. 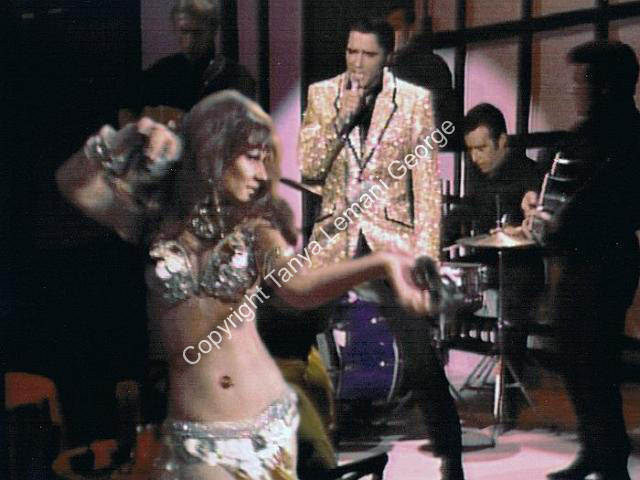 It was directed by Steve Binder and produced by Binder and Bones Howe. Presley’s informal jamming in front of a small audience in the special is regarded as a forerunner of the “unplugged” concept, later popularized by MTV.[1 Filmed in the round, only a small portion of these – and the stand-up sets – were included in the televised special. Presley and the others played and sang while interjecting personal stories of his music and early performances.
You can read more about the show by clicking “68 Comeback Special”.
You can purchase Tanya’s photos of the 68 Come Back Special with her autograph at our SHOP.